The earliest nightmare you ever had?

And I know it was the earliest nightmare because I was still in a crib.

Back story: I apparently was very picky about toys when I was a baby, but if I could’ve told my parents about this nightmare clearly, I’m sure they would’ve understood why better.

Anybut, back to the nightmare.

I remember being in my crib and I looked over at a shelf that was…preeeetty high up on the wall across the room. Sitting on the shelf were a number of toys, but the most important toy for the purpose of this story is a Teddy Bear.

It was a very nice bear, from a German company that I can’t remember the name of (but if I do I’ll edit this post at the bottom with the name). It was a normal little dark brown bear with a pink bow on its…left ear? right ear? left ear.

It wasn’t a very nice bear this night. It’s head decided to turn towards me as I stared at it…before pulling an Exorcist…and spinning all the way around. Then it fell from the shelf to the floor.

And that was the nightmare. The strangest thing though was the next morning, my parents found the bear on the floor….

BUT that was enough to make me hate that teddy bear toy for many years. I literally wouldn’t allow it in my room until I went to college. By then, it was more of a nostalgic thing…one of the earliest gifts from my parents as I left them for my new life as an adult…college student.

So, yeah, that was the earliest nightmare I can remember. I have another nightmare to share with you all another day….that one doesn’t have a relatively happy ending, though.

For your viewing pleasure:

If you’re curious about the odd loss of fur, this picture was taken a week after we got our little Queen spayed. This picture is old (notice the Santas in the background, we do not keep them up all year round) and she has her fur back.

Is it unusual that I hate promoting myself? Ir at least, the stuff I do?

I mean, occasionally I do…like on Twitter, but god if I don’t feel guilty about it. I mean I mentioned in other posts how I have a blog (this one you’re reading, in case you were thinking, “What? ANOTHER blog? Where is it?”) , 2 (COUNT EM 2!!!) YouTube channels, 2 Instagram accounts (one for me and one for my cats [which I also have 2 of, seems to be my favorite number…not really]), and a web serial I’ve been working on since…2014? Yeah, 2014.

What’s a web serial, you (didn’t) ask? It’s basically a story published online that updates chapters (depending on the author) every day, every other day, every week, every month, etc.

Anybut, point is, I don’t really care about strangers finding the things I do online, but when I imagine my friends or family stumbling on them…ooooooh, it makes me want to hide all of it.

I guess it’s because they know me better than strangers and their words (though far more constructively honest) cut just a little bit deeper and at the points where they’ll do the most damage. (At least, in my mind)

Maybe I’ll get over this….Maybe I never will…until then…time to move on from these posts hinting at all of the things I will never promote on here.

Anybut, I had this stupid idea while I was lying awake in bed last night at 3 in the morning.

I should start a podcast. I could call it Late to the Game. My friends and I could talk about the new things happening and how we’re Late to the Game in joining them, using them, or whatever.

Okay, enough shameless plugs to previous posts. The bottom line is this………..I can’t call it Late to the Game. There’s already a podcast about games called that….

Ding dong dammit (I won’t link to this post, but if you’re curious try to find it yourself! Think of it as a scavenger hunt with no real payoff)

Oh well, I guess my dream of adding podcaster to my long list of things I’m branching unhealthily into.

Our house is located on a main road.

Well, not really…but really. We’re one of the first two houses when you turn into our neighborhood, but the north (?) facing side of our house is to a main, busy road.

The point is, our house was also built in the 70’s so it’s not that….soundproof. Every truck that goes by, you feel it. The house shakes a little.

Also, anyone walking by in the middle of the night talking relatively loudly, guess what? I can hear every word you’re saying. Not 100% clearly, but enough to make it hard to go back to sleep.

Anybut, the real reason I bring this up is this: It makes it very hard to record anything. And I don’t have the option to hide in a closet like most people.

I have a confession to make.

When I watch videos on YouTube or niche reality shows (Harmon’s Quest, anyone?) I have a secret agenda.

Watching shows or videos where the people are genuinely having fun, making each other laugh, or go through crazy events…the laughter really makes me feel part of it. It makes me feel like I have friends.

Don’t look at me that way…I know the people on the screens aren’t my friends and never will be. AND I KNOW I DO HAVE FRIENDS!!

But there are times my friends…just aren’t into what I am. They don’t like the shows or videos I watch. They don’t understand the appeal of the things that make me feel so included. It’s not their fault. They have things they’re into that I’m not and this is not a diss on them.

And sometimes, I feel alone because I don’t get to see my friends that often anymore……So I put on a stupid little video of two people playing games together and having a fun time…and for a few minutes I feel like I’m not alone. I feel like my friends are there with me.

When a female kitten goes into heat the first time, she is now known as a Queen. 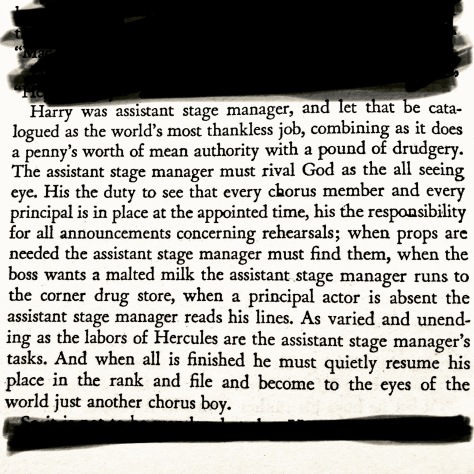 I feel like I’m always late to the newest thing.

I didn’t have a twitter account until 2014 which was looooong after most of the planet. And even after I got one I realized none of my friends really use it anyways. They used Instagram.

So then I got an Instagram account in 2016. And that was really only to document a trip I went on. Eventually I added a second account to document my cats Lele and Midna.

I never got into Vine, but I thought, “this Tik Tok thing looks interesting.” So I got the app, but realized quickly…I was out of my league. So that went away.

I’ve been a fan of YouTube since its beginnings. I watched a lot of the old YouTubers before they became huge…then I stopped watching them once they did. But I always wanted to do it, too. So I created a book review channel back in 2014. It was really part of a New Year’s Resolution to be a little more outgoing. It makes sense if you think about it. You put yourself out in the universe for people to anonymously comment about you. I didn’t even mind the comments sayin my voice was annoying (I’ve always hated how I sounded in recordings so it wasn’t an insult really).

But that wasn’t what I really wanted to do and after one year (which was the resolution btw), I stopped uploading reviews. Maybe some day I’ll continue it, but not anytime soon.

See my favorite videos were Let’s Plays. I loved them. They reminded me of the days I’d watch my brother or my friends play games. It was nostalgic. So, I attempted to start a Let’s Play channel myself in 2015, but wussed out (slash couldn’t figure out how to do it on a Mac because almost if not all Let’s Players use PCs because they’re better for recording and games). But I finally, late as ever, swallowed my pride and started one.

This is not a promotional post for all of these things. Hence the reason I will not be including links to anything. I just wanted to spew all of this into the universe because since I’m late to all of these things…everyone who’ve benefitted from these things are either a) moving on to the next social media big thing, or b) have gotten so big they’re leaving the platforms or don’t do the content the same way.

Now I could go into a whole nother rant about content creators who change their content and become more…I don’t want to call it fake because I honestly believe it’s just become habit, but they’ve become more over the top in an unironic way. They don’t really want to be doing it anymore…they want to be actors or singers or whatever in mainstream media. But they’re afraid to lose the main source of their income in case they can’t make it up that large step. SO they don’t put as much into it as they used to. And by that I mean people who used to do all the editing themselves or writing themselves have a team now…and some creators make it work and still feel like the channel you grew to love, but others….it feels less personal and less passionate.

Sorry, I went into the rant anyways and this post was only supposed to be about how I get into popular things late and am shooting myself in the foot trying to do these things that other people have made into careers. But I know it won’t be a career. I know I won’t be popular. I know no one will watch. But I want to do it anyways. Because even if only 1 person watches and gets that nostalgic feeling that I got, it’s worth it.

Plus, I got my theater career and writing career to be unrealistic about. This is the side gig.

Well, I didn’t get much sleep last night. I had indigestion, a kitten biting my feet, and nightmares.

Am I going to use these as an excuse for how late I’m writing this? Yes, but I’m not ashamed. MY RECORD IS STILL GOOD!!!

Disney cast members who play characters aren’t allowed to say they play them. If they want family and friends to know who they’re going to be that day they say something like: “Make sure to say hi to my friend Belle if you’re in the park today!” or “I’ll be hanging out with my friend Mr. Incredible at Pixar Pier. Come say hi!”

Journey to the Past